Who is the brain

My name is Roger Wanrooij, born on 31 December 1969 in Maastricht and I’m a citizen of The Netherlands.

I’m a father of 3 children (who live by themself) and I live in a small and cozy city in the south of The Netherlands, called Venlo. My creative workspace is (for the time being) in my apartment and I live in between my artworks. I just love it to wake up every day and step right into my world of creations. 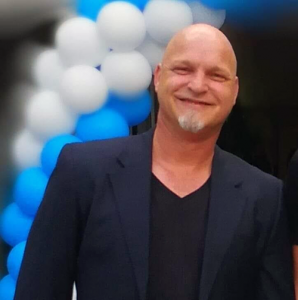 I’m a self-taught artist who actually just recently started to paint for my profession. And as a kid, I was always creative, and drawing was one of my favorite moments at school. From my perspective, this creativity was partly the reason why I went to the bakery school to become a graduate pastry chef.

During a quite sad and heavy period in my life, I’ve come in contact with painting, and this gave me a huge amount of mental freedom. 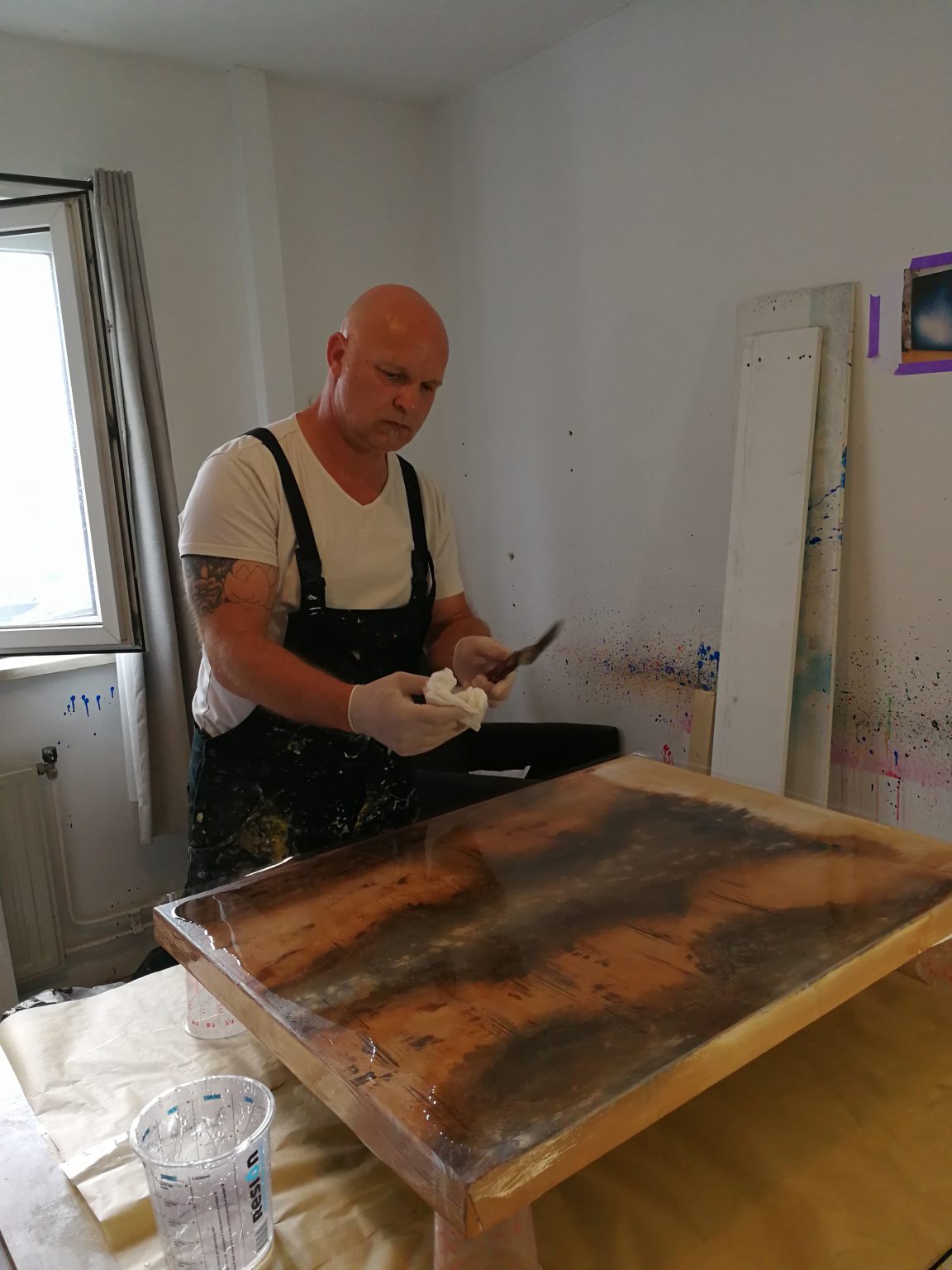 Reborn: Re-created myself and change my world into a full and meaningful place.

Being raised and living according to the norms and values ​​of others, following rules and bearing the associated discipline and/or consequences. This is how we are all been raised and grew up. With the very best of intentions, you will be trained for the first years of your life into something no one knows what the outcome will be.

My work stems from “the dark years” of my life, a generally very unhappy life that I often hoped would soon be over. I would rather have been inspired by the beautiful things in life, and my choice to become an artist had been made under happy circumstances. Be motivated by the artworks of famous artists and performers. However, they too knew enough drama and tragedy during their days.

My past is my motivator and my future is my inspiration, and with that drive, I hope to inspire other people and offer hope in “dark days”.

Because (abstract) painting has helped me mentally, my thoughts, my doing and thinking to deal with situations differently than usual. Situations that consume you and drown you in unhealthy thoughts, gasping for breath and drenched in sweat, hoping “it will soon be over”…

I am REBORN, empowered myself to change “my world”, for myself! And with that, a new person has arisen, someone who can also make the world more beautiful for others.

I would really be very happy if someday

in the future, someone would come to me and say that I have inspired and motivated that person through my story, my art, and the life of that person is “full-fledged” and meaningful, as it’s supposed to be for everyone.

I’ve saved myself from a troubled faith in the future by starting to paint and kept believing in myself.

Although I really like landscapes, portraits, and realism, I can be very intrigued by them when I see them, my feeling is that I want to work “outside the lines”. Away from the educational rules of norms and values, away from everything except my own way. And summarizing those feelings and emotions visually…. Abstract. In addition, I just lack the talent to paint in other styles. Your own brain determines what you like to do, and you are automatically good at that.

between a painting and an artwork, in my experience, is the fact that you are attracted to a painting by what is depicted, the colors, the composition, the whole picture. Something that is triggered in your body to find that painting beautiful. Once captured by that fact, THE STORY behind it, the story of the maker and how everything came about to what you finally see, ensures that “the painting” comes to life through the emotions you experience with it….. which transforms the painting into an ARTwork. 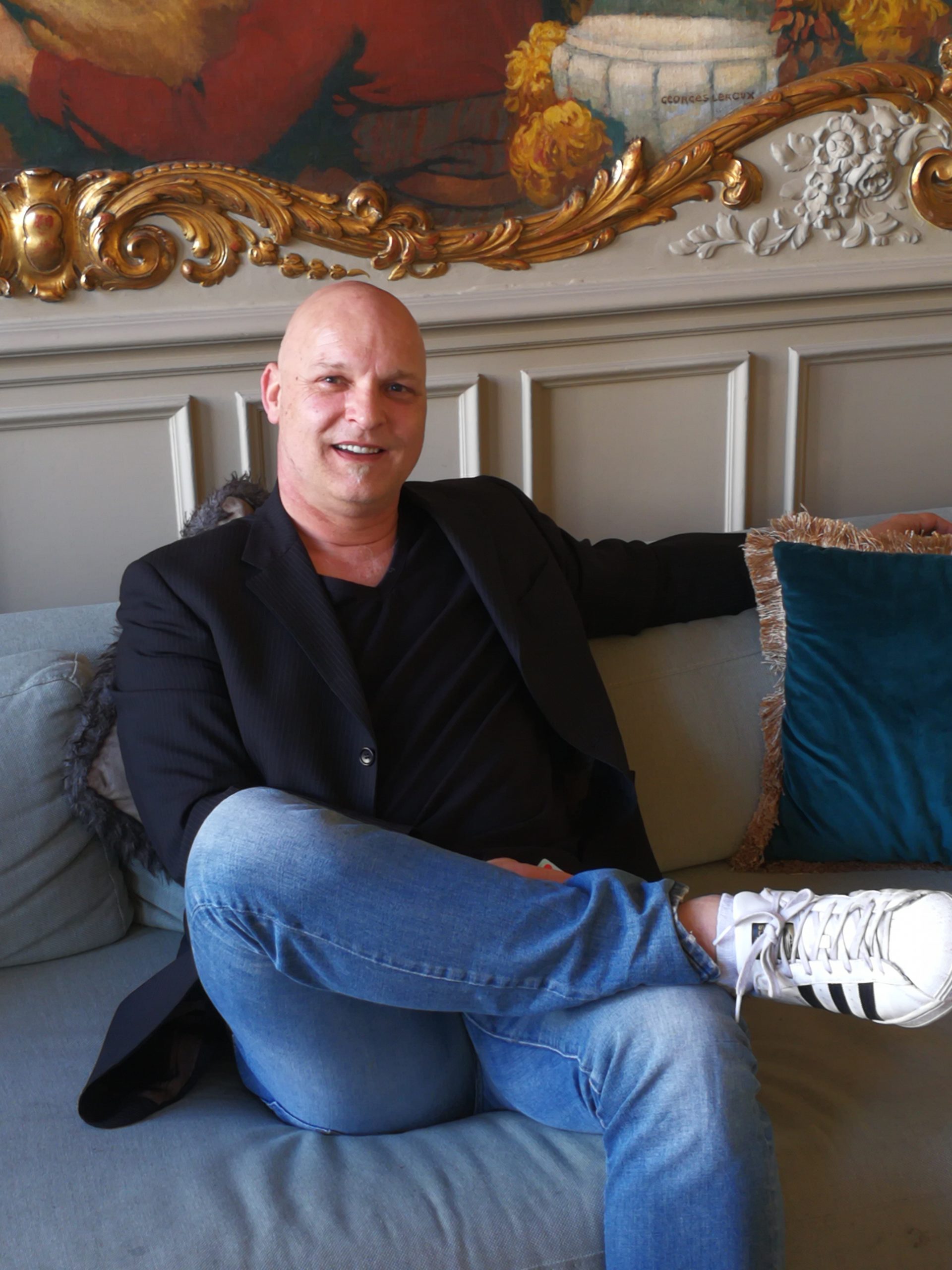 Who is Roger Wanrooij?

Roger was creative from a young age and his decision to become a pastry chef was therefore not surprising, as he had no affinity with wood, metal and electricity. It was clear that the creativity in his head came out through his pastries and cakes. Awards and recommendations were therefore won every year at “the Limburgse Bakkerdagen”.

Roger Wanrooij was already aware of the fact that he was “different” at a very young age (age 8). Unlike the people in his step-family, his classmates, his football team, in short, his entire living environment. An unstable and unsafe environment was the basis of his “being human” for him.

Through various wanderings and influenced by private circumstances, Roger came into contact with painting in 2015, immediately “caught” by the abstract style. Not directly defined by what was seen on the canvas, but by the emotion it evoked when colors and composition moved him to tears of “a happy moment”.

But that was short-lived, “other things” were expected of him.

After the umpteenth setback in life, Roger ended up in a severe depression at the end of 2019 and hope for a nice, happy and almost carefree life was over. Until his current life partner advised him to start painting again. From that moment in February 2020, his life took on color again.

Roger Wanrooij’s works cannot be summed up in one word, on behalf of his style of painting. Gradually he has learned what he knows, supported by the materials he uses and the possibilities he sees far ahead. This has resulted in very special and unique works. Unique as the definition is “exceptionally special.”

Roger Wanrooij remains close to his own in all works, without the influence of well-known masters from the past and present. His own life experiences are his motivator and his ambition is his inspiration, and with that attitude he wants to inspire other people and offer hope for a “better and brighter future.” 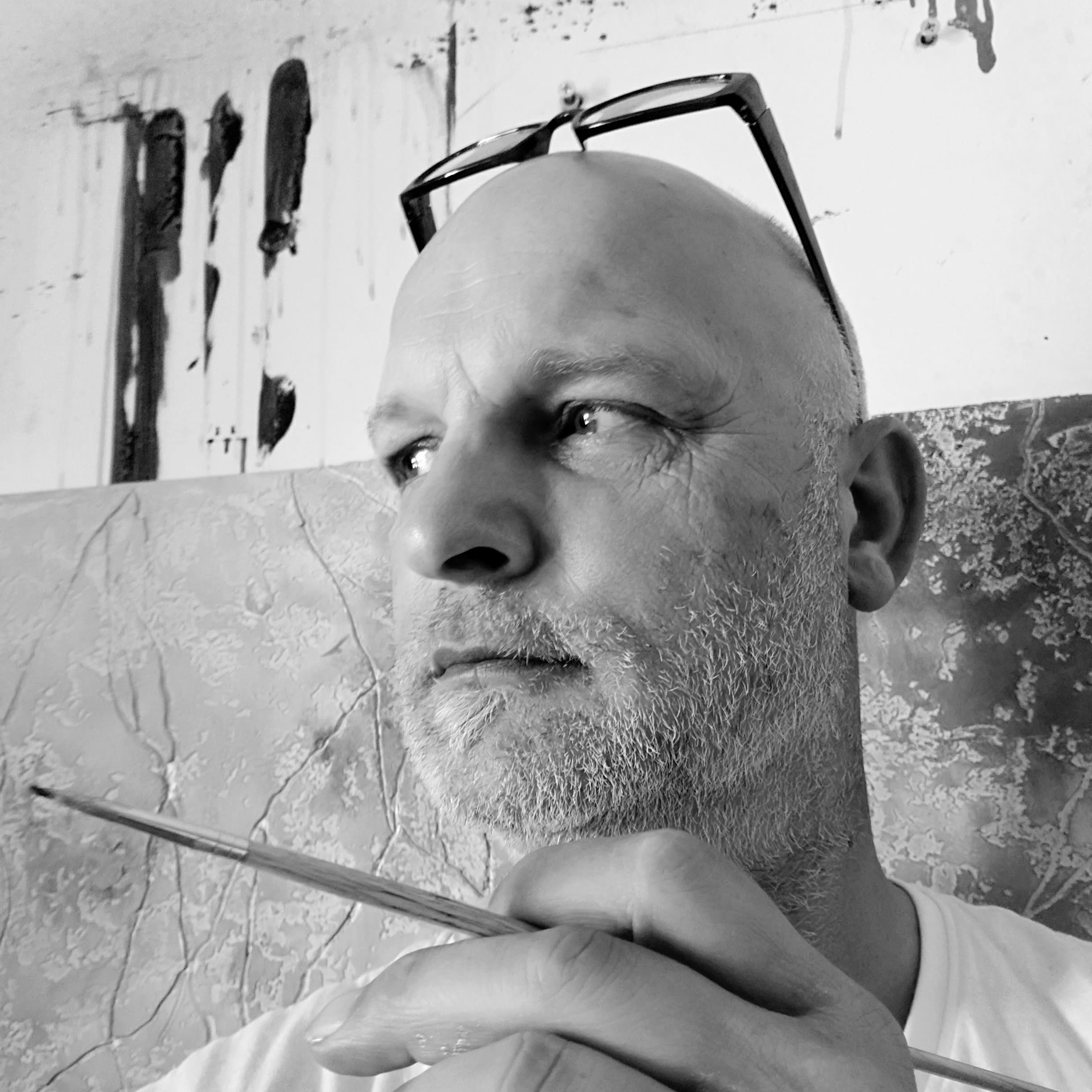 Hello Roger, your artwork has arrived, all in perfect order. I love it and am happy to have purchased your work. Thank you for everything and for the interest you have shown, I offer you my most sincere wishes for a bright future. Best regards, Vincenzo.

The work arrived very well packaged, the seller has always been attentive to the entire shipping route. I am very satisfied with my purchase, nice work, sincere thanks.

Absolutely recommended! Great art pieces with an incredibly responsible businessman. He followed up every step of the way when he sent me 2 of his awesome paintings. I enjoy it every day when I look at them.

Write me an e-mail